The vastness of Blackness: My first Labor Day in Brooklyn

To be quite honest, I hate parades.

They’re loud. Noisy. Packed. New York summers are sultry and sticky. People will be bumping me, possibly sneezing and coughing on me. Finding a bathroom sucks — I’d rather just stay home.

“But this parade is different,” Aunty Coffey insists, emphasizing that the Labor Day Parade has great historical importance and Black history. We don’t have to stay the whole time, she offers, but we should at least go for a bit.

When my parents (and grandparents) needed a break, my mom’s sorority sisters were the on-call babysitters. This weekend, I was at my favorite’s house — my dearest Aunty Coffey. 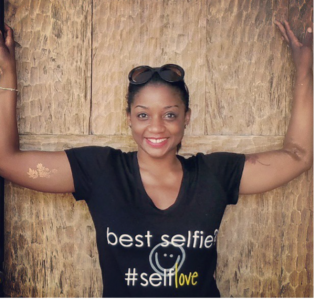 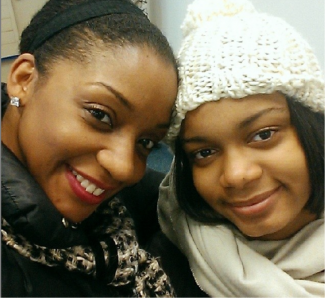 Aunty Coffey has no kids of her own. I’m her first kid — her test run and experiment for the real thing — and wherever we go, I am welcomed as such. It’s almost like she has part-time custody of me — my trips from Westchester to Flatbush, Brooklyn, went from days and weekends to weeks and summers. What makes our mother-daughter relationship even more believable (and hilarious) is that we look alike — similar complexion and T-zone area — despite having no blood line connection.

Finally, after some thinking, and Aunty Coffey’s persistent, guilt-creating passion, I concede and off to the parade we go.

I squeeze Aunty Coffey’s hand as we sway, cutting through the energetic crowd. My petite self (five feet, if that) wedges through the swarm to keep up with her. There are hundreds of thousands, maybe over a million, here, to party and celebrate. What is supposed to be a parade looks more like a citywide block party, extending from one end of Eastern Parkway to the other.

The rhythmic pumping bass pounds through my body, blaring soca, rocksteady and dancehall from towering sound systems placed every few blocks. The lyrics sound like English, but with a native tongue twist, echoing throughout the streets as people sing in unison. My nose fills with the inimitable, intimate smell of Jamaican jerk chicken smoked over pimento wood.

With Aunty Coffey tugging me along, my feet go on autopilot for blocks. The deeper into the crowd we go, the more I realize:

There are only Black people at this parade.

It seems that every single one is proudly carrying a different country or island flag. Some I recognize. Many I have never seen before. They share design elements and colors, but each flag is distinctly different. My neck swivels in awe, studying the endless paraphernalia for sale with each unique flag on it — necklace pendants, handheld fans, bandanas, car fresheners — you name it, someone has it, with each flag.

To most Americans, Labor Day nationally honors American workers and unions. In New York, for many Black people, Labor Day calls for the celebration of Caribbean and West Indian culture and independence; hence its nickname, the West Indian Day Parade. The day off is not just about laborers. It’s about celebrating Blackness in the streets.

Blackness exists in so many shapes and forms. I was amazed by the diversity of Blackness in the West Indies alone. If it weren’t for the parade and these self-indicating flags, I wouldn’t know how much range there is in Blackness — not only in skin tone and language, but culture and national origin, too. 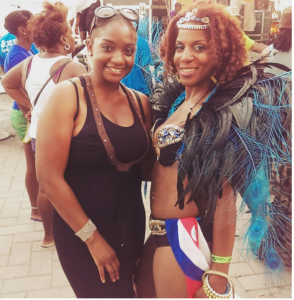 As a Black American, with a heavily Americanized family, I couldn’t relate to the ecstatic celebration of nationality and national independence other parade attendees shared. I do not love my motherland, like those around me. My motherland likely imperialized and colonized theirs. However, I shared one thing with them all and that was my Blackness. Although I didn’t proudly swing my nation’s flag, I felt included, understanding that the parade is to celebrate all Blackness in the streets — even Black Americans.

The sun begins to set and I’m ready to go back home. My tired feet and clammy hands have had enough. My grip tightens as Aunty Coffey leads the way back to her house.

Finally inside, I plop myself down to rest. Despite my initial protesting, the parade was worth it. Aunty Coffey was right — there’s nothing like spending Labor Day in Brooklyn and that no other city in America does it like Brooklyn.

As Aunty Coffey settles in, setting down her purse and two flags, I’m reminded of how she, too, contributes to Black diversity. It’s not her occasional British accent that’s an act. Rather it’s her decades-long American façade. She veils her Brit wit and accent with American cultural references, but, if you listen closely, every so often, a little patois, an homage to her Jamaican ancestry, slips out.

Like me, her Blackness is a fusion. It is unique and today, we celebrate it in the streets.