Jialiang “Rocky” Li recalls the first time he felt like an American. It was startling.

He was visiting his hometown of Taishan in the southern part of China. It wasn’t his first time returning to China since he immigrated to the United States with his parents in 2010. After leaving Taishan at 15 years old, Rocky missed his hometown very much.

By 2019, it didn’t feel like home. Rocky felt strange visiting Taishan on this trip. He didn’t know anyone in the city anymore after falling out of touch with friends from childhood and school.

“It’s like, I’m the American who travels to China,” Rocky said. “My hometown has become a new place to me.”

Rocky remembers crying a lot when he left China. While his parents were motivated by new opportunities in the United States, Rocky was too young to feel the same excitement. Upon arriving in Chicago, he was shocked by the culture and difficult language barrier.

In Rocky’s community in Chicago, there are many people from Taishan. The familiarity of the community initially provided a sense of comfort and belonging in a strange new city. When he started at Lakeview High School, Rocky was met with warm kindness from his classmates. While the language barrier remained a challenge, he remembers the willingness of his classmates to help him when he needed it. 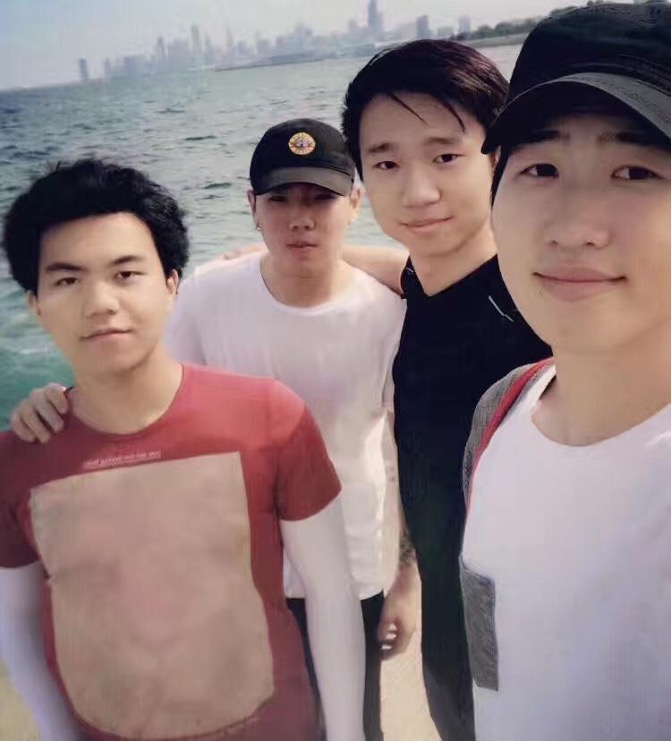 Rocky met Pascal Ye during high school while they were both working at a Chinese restaurant in Chicago. Pascal also immigrated to Chicago from China. Like Rocky, Pascal struggled with English. For both Rocky and Pascal, attending American school forced them to adapt to taking classes in English. Becoming proficient in the new language outside of school was difficult, especially because they both come from social backgrounds where their parents don’t speak much English, Pascal said. At the restaurant, they spoke Mandarin, except if they wanted a good tip. Then they spoke English to the customers, Pascal said.

Though they no longer work together and now live in different cities, Pascal and Rocky still talk almost every day. Pascal lovingly calls Rocky, “Rock.” Whenever they’re together they go out for barbecue, their favorite food.

Rocky now wishes he could live in a place that is more diverse. “It feels like you moved to a different place in China, I don’t really like it,” he said. Living in a diverse community is a better way to learn the language and skills, Rocky added. He wants to learn from, and interact with, other American citizens. But he’s discouraged from moving by the language barrier.

After finishing high school, Rocky briefly attended community college. Now, he’s working as a medical assistant in a lab and planning to return to his studies and transferring his credits from community college so that he can attend university.

Rocky said he thinks often about how his life might’ve been different had he not immigrated to the United States from China in his teens.