This Indian lives at the intersection of culture, sports, and journalism

Aishwarya Kumar sits at her desk in Hartford, CT, on the phone with her mother and sister, who are more than 7,000 miles away. The sports reporter in her often discusses the most recent game she’d covered.  But times are changing for her. She discusses Prime Minister Modi and Indian politics, while she works on her latest ESPN feature. She’s grown both as a journalist and as a person, questioning US and Indian policies and cultures through a wider lens.

Growing up in India, Kumar obtained her Bachelor’s at M.O.P Vaishnav College for Women in Chennai, India before immigrating to the United States at age 21 to continue her education and begin her work as a journalist.

Her relationship to her home country and her Indian identity have stirred up hardships since emigrating.

“I think I moved at a point where I very much had grown into a strong Indian woman. I am no longer in India, but feel very culturally Indian, look very Indian, she says. ” [Yet] I have a whole life here.” 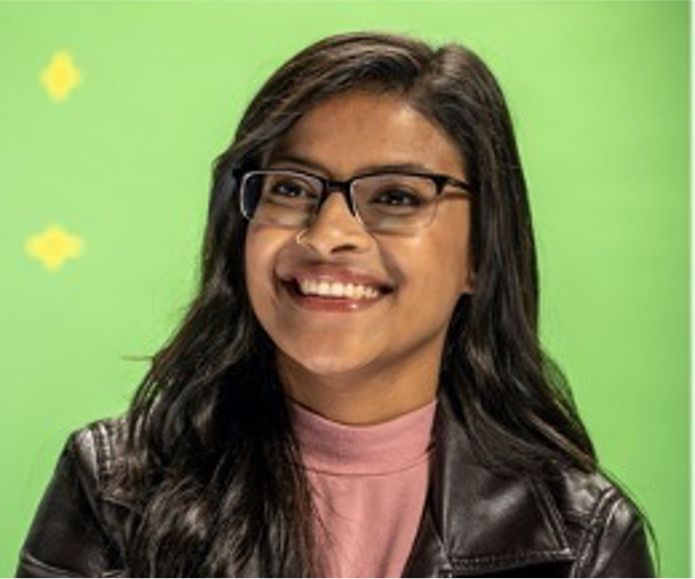 Feeling “torn” between her relationship to Indian and American politics, Kumar speaks openly about issues in both countries, citing her disagreement with right-wing Hindu nationalist politics as well as with the American immigration system.

“There’s always a stereotype that, once you leave, why and what are you trying to say [about India] is because you left,” Kumar says. “But you are still very much a part of that country as well.”

Having been in the United States for about six years, she feels that she’s been able to evolve to question the politics she covers.

“I come from a culture that’s very much confirmative, meaning you don’t ever question the status quo, but that’s not who I am,” Kumar says. “I’ve very much become the kind of person that questions everything that comes out of the system, including how the immigration system of the U.S. is set up.”

Kumar is on an O-1 visa, which is an immigration status conferred on those of “extraordinary ability” or those who’ve demonstrated “extraordinary achievement.” Aishwarya Kumar fits the criteria. She works for ESPN as a long-form feature writer.

Though grateful for the visa, Kumar says it isn’t a fair way to designate who should be allowed to stay in the United States. Not everyone has these privileges.

“I have become less curious about sports and more curious about the people in sports and about what are those elements in that person’s story that makes them an important story to tell,” she says of what she’s learned and experienced through her time here. “There are themes of immigration, refugees, of culture, of religion. A lot of those themes that I personally have experienced in my life come through in my writing in the subjects that I pick just because of my experience and my perspective.”

Melissa Isaacson, one of her journalism professors and mentors at Medill-Northwestern where she got an MSJ, recalls her for her exceptional work ethic and passion. Isaacson says that Kumar was  “everything a teacher loves in a student.” 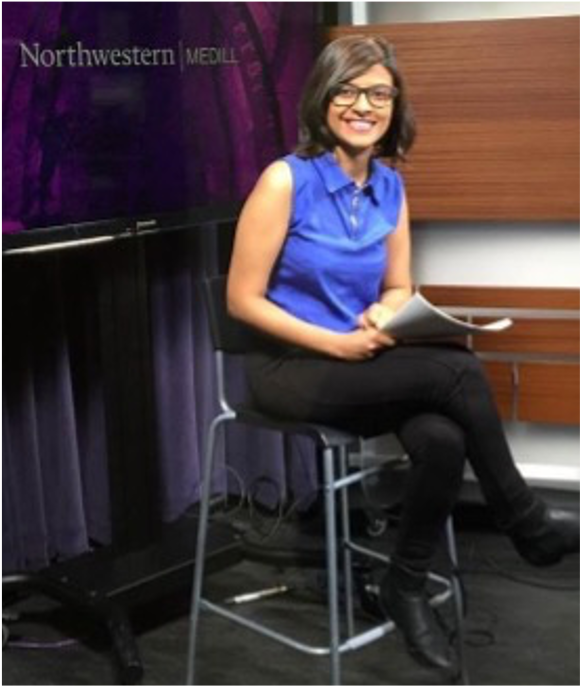 Kumar during the early days of her graduate school education at Medill, (Photo credit: A classmate)

“From the very first second that I met her, I was taken by her just extreme desire to learn, and her likability and her enthusiasm,” Isaacson says.

Jena Janovy, one of her senior deputy editors at ESPN, echoes this sentiment.

“I love reading Aish’s work because of how purposeful she is. From the moment she thinks of an idea to pre-reporting it, crafting a pitch, advocating for her idea, getting the green light and going,” she says,“she’s enthusiastic, passionate and determined to let her reporting find the story.”

Kumar no longer sees her path as linear.

“I’m trying to see the nuance of things not being so black and white,” she says. “I’m sort of pushing back against some of the norms that were so ingrained in me that I didn’t recognize,” she says. “Identity is such an ever-evolving and complicated process of trying to figure out who you are and what your purposes are and what you want to accomplish out of life.”

Kumar is early in her career at 27. She can see herself accomplishing much more in the United States, and takes experiences from her life in India with her as she matures and attains citizenship.