For this Pakistani, religion decided everything

Ali Abbas kept his head on a swivel walking home from school in Islamabad. Abbas recalls that nearly everyday, someone approached him and asked, “Hey, what are you?”

Abbas quickly scanned his potential adversary. As a part of Pakistan’s Muslim minority, he had to decide whether to fight, run or lie. If he was going to fight, Abbas needed to take the first swing.

“If you didn’t know how to fight, you just kind of died,” Abbas says.

Religious tensions in Pakistan had forced his family to leave the mountains in Gilgit-Baltistan, where some of his family members were injured in bombings. Leaving the majority-minority region would make it harder for someone with a stereotypically Shia name to fly under the radar, according Dr. Joshua White, Associate Professor of the Practice of South Asia Studies at Johns Hopkins University. 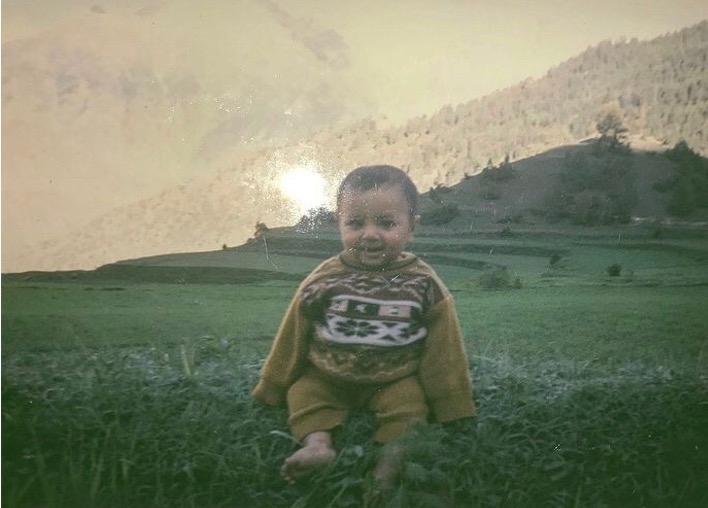 A young Abbas in the Gilgit-Baltistan region of Pakistan where he grew up.
(Photo courtesy of Ali Abbas)

“If you have a distinctively Shia name, like Ali, for example, then you would probably feel somewhat more vulnerable outside of one of the pockets of Shia majority areas,” White said. “Gilgit-Baltistan is one of those.”

After they moved to the capital city of Islamabad, the situation worsened. He had to defend himself from boys his age, teenagers and even adults who stopped to hassle him on the street. Abbas carried a shank knife and stuck by his best friend, who was part of the Muslim majority but still protected him from attackers.

“The idea of identity itself is what they were attacking, not the person,” he says. “Regardless of if I believed anything.”

The family decided to join their father in America, but nine-year-old Abbas didn’t want to leave Pakistan. He thought his father was being selfish, and his only memory from the day he left is hugging and crying with his best friend.

“I was like, well, I’ll take the beatings if it means I know the people around me and I can speak the language,” Abbas says. “But looking back at it, it was the wise decision.”

Abbas was part of a wave of Pakistani immigrants in the first decade of the 21st century. The population of Pakistani descent in the U.S. doubled to over 400,000 between 2000 and 2010, according to a Census Brief issued in March 2012.

“There was certainly, I think, among some people I knew, a sense of urgency of trying to find ways to protect their family from what felt like, at times, some measure of indiscriminate violence, and then some measure of targeted violence based on their identity,” said White.

Abbas’s family settled in the western suburbs of Chicago. He was one of only a couple of students of color at a Lutheran grade school. He sat through Bible classes, weekly chapel and the confirmation process, even though he isn’t religious. Nathan Dahms, one of his classmates, recounts the pressure on Abbas to become part of the Lutheran Church.

“I was always really religious back in those days, so we’d argue about it,” Dahms says. “Honestly, over time I’ve started to see his point of view a lot more.”

Abbas respected the Lutheran school, but it didn’t convert him. He gained a better understanding of religion overall, and now sees similarities with the religious majority in Pakistan.

“I’ve had to learn that all of religion is the same,” Abbas says. “Seeing Lutherans and how they executed their motives reminded me of how radical Muslims would use things to their perspective, and it would shut out any other ideas.” 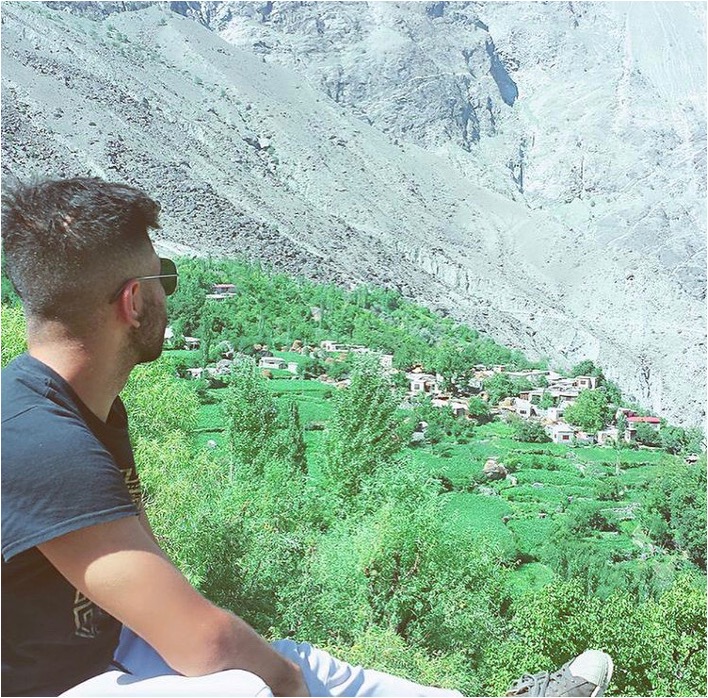 Ali Abbas visited the Gilgit-Baltistan region about a decade after moving to Islamabad and later the U.S. (Photo courtesy of Ali Abbas)

Abbas returned to Pakistan after his high school graduation to visit family in the mountains, where tensions have cooled since a military takeover challenged terrorism in the region. He decided not to see his Sunni friend in Islamabad, who Abbas says has been “indoctrinated” and grown more religious.

“We can’t really be on the same page now,” he says. “Suppose I hate the new person. All of those memories would kind of be for nothing.”

Abbas attends a Catholic university and studies business. Though the 20-year-old plans to leave Illinois, he doesn’t want to leave the US.

“As hard as it is for people to understand, I’m American,” Abbas says. “America is more home to me than Pakistan, and I wouldn’t wanna leave home.”