How do the South Asian communities in the U.S. feel about the Biden administration’s handling of the covid crisis in India?

I return home to my college apartment in Evanston, Illinois, after visiting my family, feeling hopeful about the state of the world. I’d been fully vaccinated, as had all of my family members, and we’d just been able to gather together for the first time in over a year.

My feelings on the pandemic changed abruptly after speaking to a fellow Northwestern University student, Aditi Ghei, whose father, Ajay Ghei, had been visiting his parents in India before COVID-19 dramatically worsened there.

Ajay Ghei’s elderly parents had had their first vaccination before he arrived to visit them in India. He was extremely cautious to not expose them to the disease. Upon arrival in India, Ghei took his parents to a hospital in New Delhi to get their second dose.

“I was being extra careful, double masking, sanitizing and trying to maintain distance within the apartment,” Ghei said.

In accordance with India’s travel guidelines at the time, he’d gotten a COVID-19 test a few days before his flight was scheduled back to Washington, D.C, where he resides. He had no reason to expect what was to come.

Ghei was told his COVID-19 test had come back positive. He had to delay his trip home until the quarantine period was over. He and his family were stunned.

The only place Ghei had been outside of his family’s home was the hospital he took his parents to so they could receive their second doses.

“That tells you how powerfully and rapidly COVID is spreading in India right now,” Aditi said.

Aditi explained that a big fear in her mind was the shortage of oxygen in India, and the nagging thought that if her father or grandparents did begin experiencing trouble breathing or respiratory failure, nearby medical centers would not have the necessary resources to help.

The Ghei family was justified in that fear. On May 6, although the international community was pledging to send oxygen concentrators and other needed supplies to India, the increasing number and severity of COVID-19 cases meant that the need for oxygen would be increasing as well, according to CNBC.

Thankfully, neither Ajay Ghei nor his elderly parents experienced any symptoms or became ill, and he safely returned to Washington, D.C. with his wife. Many other people they love contracted the disease.

“What was horrifying was the number of people around you personally [affected],” he said. “Neighbors, extended family, school and college friends.”

Aditi also expressed the frustration and conflict she felt surrounding the inequity of the situation. She’d previously been excited to be slowly returning to normal life, but now knew that was not the case for others. 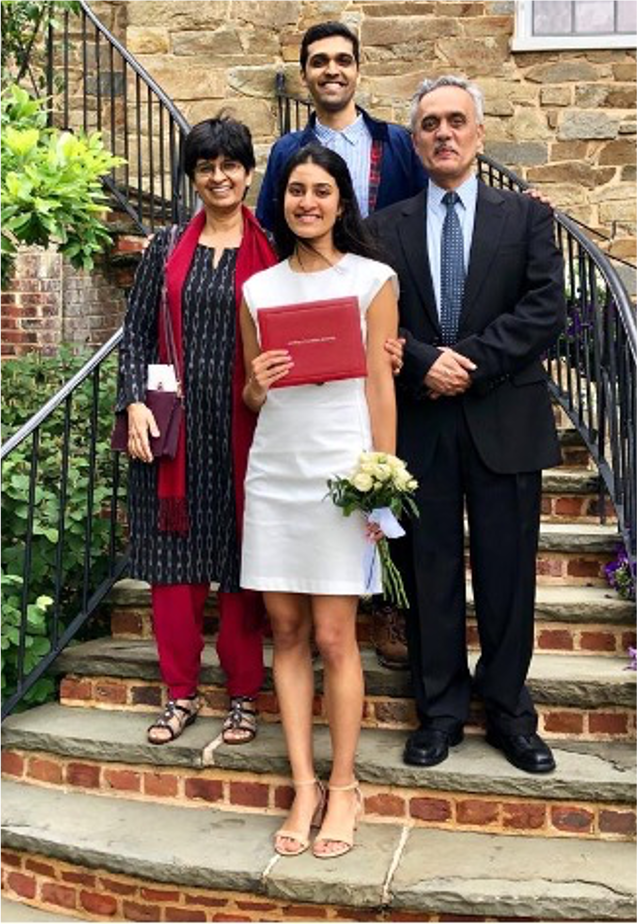 For many families, like the Gheis, whose lives transcend cultural and physical borders, the evolving COVID-19 pandemic is one of contradictions.

It has exposed national and international inequality. Many marginalized communities experience much higher incidence and severity of the virus, according to the Centers for Disease Control and Nobel Prize economist Joseph Stiglitz in an article for the International Monetary Fund.

President Joe Biden, too, has acknowledged the unequal impact of the virus. He created a health equity task force early in his administration as part of a larger plan to combat the pandemic, though the work of the task force is limited to domestic communities.

Unequal impacts of COVID-19 are not only transnational, but present within India. Asha Vyas, an Indian-American mother living in Boston, explained that due to cultural norms in India, including women often being caretakers to the sick, women are experiencing higher rates of the virus, according to family members there she has spoken to.

“You don’t just send someone off or quarantine them there,” Vyas said. “If somebody’s sick, you stay waiting on them, especially the women.” 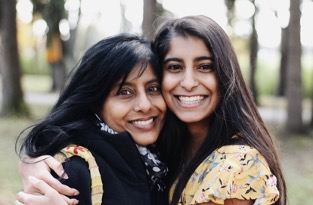 Concerns about the increased incidence of death and disease from COVID-19 for women in India began to mount last year, according to a June 2020 article by BBC News. Gender demographics related to the current outbreak are minimal.

As the crisis unfolded and worsened in India in April, the Biden administration began to send the first plane loads of medical supplies to India on Friday, April 30.

The aid came a month after public health officials began to predict the impending second wave. The Biden administration used the Sunday morning talk shows on May 2 to proclaim it was doing all it can to aid India, according to The Washington Post.

“By early March, it was really starting to be clear, and by late March, we had flashing red lights,” Dr. Ashish Jha of Brown University told Time Magazine.

Sheoli Pargal, an economist at the World Bank and the wife of Ajay Ghei, feels the causes in the delay in aid were twofold: hesitancy by the Indian government to accept outside assistance, and the U.S. and Europe overlooking the crisis in India until it got to the breaking point

“The government of India kept saying ‘we have our own vaccines, we are an up and coming country, we really don’t look for aid,’ ” Pargal said. “But when you have a crisis of this nature, systems all over the world have been overwhelmed. I don’t think there’s any sense in [having] pride.”

Pargal acknowledged the delicate balance between helping your own country first and giving out aid to other countries. She said India was much quicker to give vaccines to other countries than the U.S. Ironically, the vaccination rate in India is a fraction of the rate in the United States.

The issue with helping your own country first, according to Vyas, is that not everyone in the United States has done their part.

“It’s difficult to watch people [in India] wait for hours to get a vaccine,” Vyas said. “And here [in the United States], we live in such privilege, that we can be blasé about a simple thing like a vaccination.”

The aid to India from the Biden administration – including oxygen concentrators and PPE – has been vital, Pargal said. It just came off a slower start than many would have hoped.

“India was one of the countries that was willing to send over ventilators right when we were at the height of our panic stage,” Vyas said. “So they were quick to offer help, but we weren’t as quick. That was disappointing.”

Ghei, however, said the general feeling of the Indian public and in the press was one of gratitude to the Biden administration, and that though the delay in aid was frustrating, it was understandable.

“You can’t just turn things on a dime,” Ghei said. “After the initial hiccup, I think it did act fast enough.”

The emotional toll on South Asian communities in the U.S too, Pargal expressed, has been immense.

“There are lots of [other] Indians at the World Bank,” Pargal said. “And it has really touched everybody.”

Despite the improving situations in the U.S. and the fortune that her family was able to escape any immediate harm, Pargal said, the situation has weighed heavily on her.

Emphasizing the global nature of the pandemic, Pargal expressed hope that going forward, President Biden will reinforce his support for waiving intellectual property rights relating to the production of COVID-19 vaccines.

“As we know, if there are any parts of the world that are not vaccinated, you’re not safe in the United States.” Pargal said. “They could bring a mutation to you.”

Ghei is hesitant to place too much emphasis on the waiving of intellectual property rights of vaccines, stressing that that is only one piece of the puzzle.

“Removing the patent doesn’t mean that India can start making vaccines overnight,” Ghei said. “They don’t have the supplies, manufacturing ability, [or] the capacity of the cold storage that the Pfizer and Moderna vaccines need.”

India’s pledge to have the entire country vaccinated by the end of the calendar year seems impossible, according to Ghei.

“1.2 billion people [vaccinated] by the end of the calendar year is more than 5 million vaccinations a day,” Ghei said. “Not a hope in hell it’s gonna happen.”

Ghei hopes the Indian government learns from its unpreparedness for the second wave in anticipation of a third, especially given how many vaccinations still need to be administered.

“I’m a little concerned that the infrastructure that was put up to handle the second wave is not shut down prematurely,” Ghei said. If [a third wave] doesn’t come, you’ll waste money. If it does come, you’ll waste if lives if you haven’t prepared for it.”