How should international students plan for or adapt to policy changes?

Bengi Rwabuhemba was a quarter away from finishing her freshman year at Northwestern University. She had finals to finish before returning to her home in Eswatini, formerly known as Swaziland. The COVID-19 pandemic had only recently resurfaced. Yet, shortly after, airports in South Africa had closed and banned incoming flights. Rwabuhemba had no other choice but to stay on campus for spring quarter, until she was able to get on a repatriation flight granted through the government of Eswatini in May. 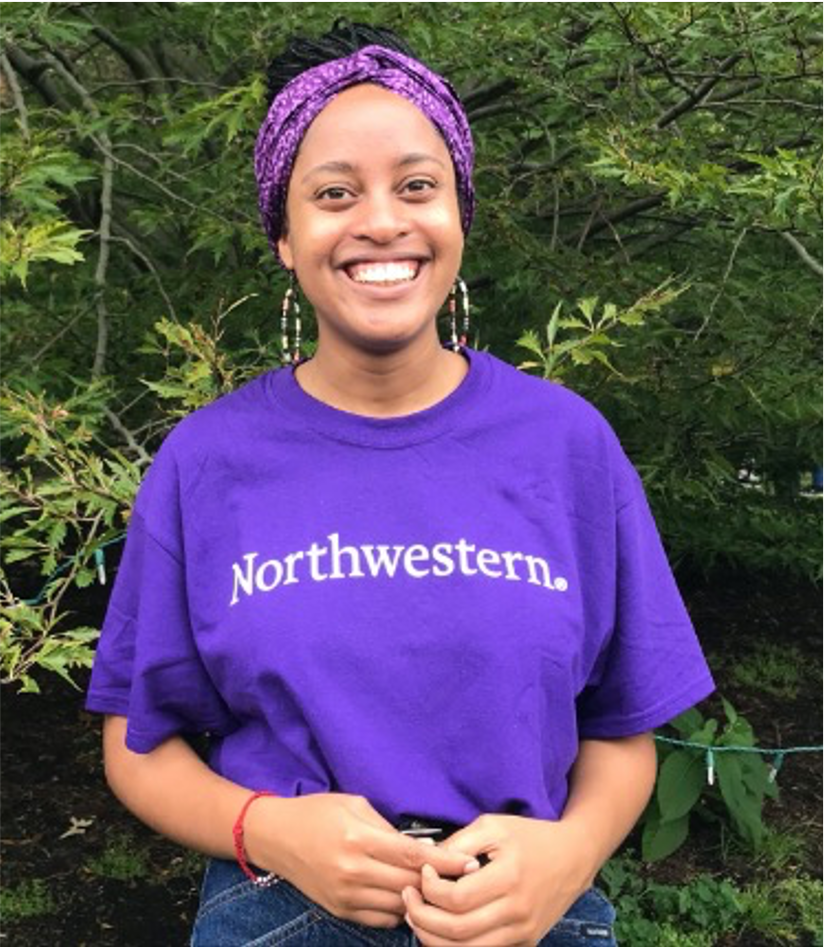 “It was a very difficult, apocalyptic time,” she says. “There was no one around.”

When the COVID-19 pandemic first struck in March of 2020, students across the country panicked, wondering for how long they would return home and preparing to adjust to online learning. For international students, questions circled around other uncertainties, such as visa status, time changes, and re-entering the U.S.

When Rwabuhemba was able to finally return home, it was not an easy process. She flew from Chicago to Washington, D.C., to Ethiopia, to Eswatini. Upon arrival, she was required by the government to quarantine in Piggs Peak, in the northwestern part of the country. From there, she began to complete her spring quarter classes.

“In terms of having accommodation [while remaining on campus], during the time when the pandemic broke out, ensuring that we were all okay, I think Northwestern did a phenomenal job,” she said.

For Laith Kassisieh, a junior at Northwestern, the initial choice was simple – finish off the rest of his finals in Evanston, then travel back home to Amman, Jordan. Yet, similar to Rwabuhema, plans changed. Kassiseih booked a last-minute flight.

While the pandemic has affected all aspects of college student’s lives, international students faced many unknowns when travel restrictions were put in place and universities moved online for the foreseeable future.

“There was a whole moment where it was as if you would have to come back to keep your visa status,” Kassiseh said. “[I knew I wanted to stay in Jordan for the fall], so I thought that I would be forced to come to the U.S. in the fall, just so I don’t lose my visa status and have to reapply.”

Other international students echoed this feeling of stress, noting that  Northwestern, like other schools, didn’t know what was going on ahead of time.

“[Everyone] was mainly just confused because no one really knew what was going on,” said Amy Drake, a junior from the United Kingdom and outgoing president of the International Student Association (ISA) at Northwestern. “I remember calling two of the staff members from the OISS (Office of International Students and Scholars) [and they had said] ‘when they have announcements like this, usually international admissions officers get a heads up, [but this time] it was news to all of us. We found out at the same time time you did.”

Since then, restrictions have lessened and a new presidency has begun. Yet many questions remain regarding what policy changes are in line for international students, and what they can expect from Biden’s presidency.

According to an ICE report released in March, shortly after Biden became President, universities in the United States saw a 91% decrease in August and September for international students seeking enrollment to pursue academic degrees, under F-1 student visas.

“[In July] it wasn’t really clear what was going on, and it was very close to the time when I [had to go back if the ICE directive stood],” Kassisieh said. “Usually when you’re an international student, you book your flights and you make these decisions really far in advance. I think [Northwestern] worked hard to transmit the information, but they might have been able to do it a bit better because it was so difficult [to know what was going on].”

Many international students chose to defer or remain in their home countries for a portion of or for the entire school year. Kassisieh is one of them. He remained in Jordan until January, due to the lack of COVID cases in Amman relative to Evanston and the greater United States. He came back to campus in Evanston at the beginning of the winter quarter once cases began rising in Jordan.

“The immigration policy during COVID was just so complex,” Kaissisieh said. “It was very hard to understand very specific things, [and I think] there was a lot of dissonance in the information that was being transmitted.”

Moving forward, the Biden administration, while not in specific detail yet, has outlined goals for easing processes for international students such as reforming the temporary visa system and restoring the naturalization process for green card holders.

In the administration’s plan for “Securing Our Values as a Nation of Immigrants,” issued at the time of Biden’s presidential run, the hope is to “first reform temporary visas to establish a wage-based allocation process and establish enforcement mechanisms to ensure they are aligned with the labor market and not used to undermine wages” and “[eliminate] the limits on employment-based visas by country.” Biden also announced plans to revoke the length-of-stay limitations put in place by Homeland Security under Trump’s administration. Doing so would allow international students to stay in the United States longer, with fewer restrictions, while instituting a less hurried process to renew visas. 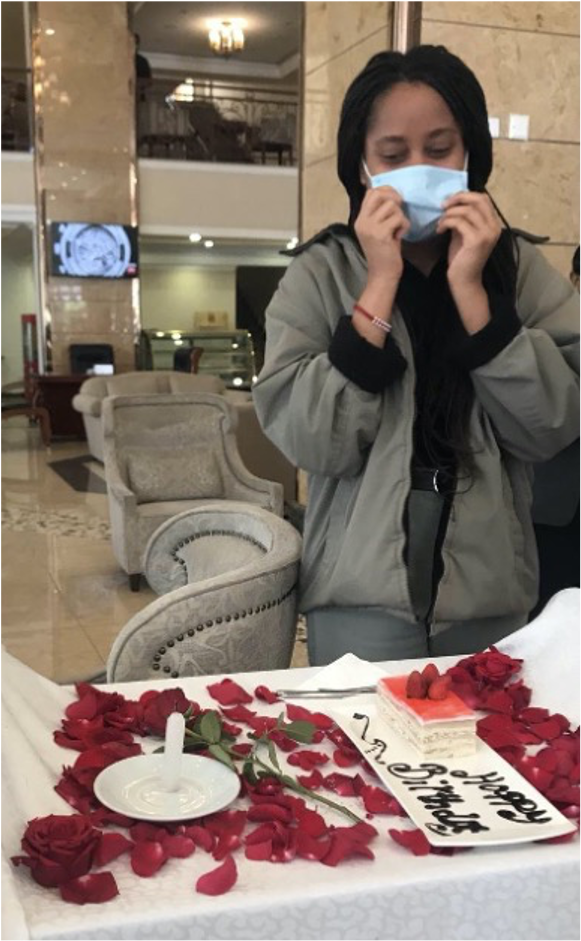 Rwabuhemba celebrating her birthday while in transit back to Eswatini. The hotel staff surprised her and she was extremely touched by their thoughtfulness.

Rwabuhemba wasn’t able to renew her visa in the fall, as the U.S. consulates were closed due to COVID. Even then, she questioned whether to stay in Eswatini or try to return to Evanston, where classes would be remote and cases were higher in the U.S. than at home.

“Putting that sort of pressure on international students to be in the country when at the time it was the epicenter,” she said, “it was unfair.”

One overall theme echoed by international students was the lack and delay in communication from the government to universities, causing chaos at times. Hopefully, with these policy changes from Biden, fears can be mitigated.