What is Vice President Kamala Harris doing for Indian immigrants? Has she abandoned S.386?

Sandeep Kumar has a hard time getting out of his head a clip of Kamala Harris on the campaign trail in Iowa. An eighth grade Indian immigrant asks Harris to speak with fellow Democratic Senator Dick Durbin, who’s opposing her bipartisan immigration bill and pushing it to go further. Harris uses the opportunity to praise the girl’s courage and speak broadly on immigration hierarchies.

Kumar wants Harris to address the root of the girl’s question, and her bill to clear green card backlogs for skilled workers. So does another Indian immigrant in the audience. He expresses his frustrations with being one of more than 500,000 immigrants, plus their hundreds of thousands of dependents, who’ve been approved for green cards but have to wait for availability. Harris tells him she stands with him.

Listen to the man’s exchange with then-Senator Kamala

Indians in America have high hopes for Harris not only because she’s the daughter of an Indian immigrant, but also because she championed S.386 as a co-sponsor in the Senate. The legislation didn’t pass in the last Congress and wasn’t reintroduced until June 2021, when it reappeared as H.R.3648, The Equal Access to Green Cards for Legal Employment (or EAGLE Act of 2021).

Many immigrants like Kumar are frustrated with the Vice President’s lack of action since taking office in January.

“There’s absolutely no benefit of an Indian origin or half Indian origin person becoming a VP,” said Kumar, who came to the U.S. in 2006. “It’s as good as nothing to us because we have not seen any effect of it.”

Indian immigrants are particularly affected by the backlog because of country caps, which mean countries can’t exceed a small percentage of the green cards, even when they have more applicants. While a green card applicant from another country can get permanent status fairly quickly, Indians spend years renewing their visas until there is a green card available for them. An Indian professional applying for a second-preference (EB-2) green card in 2020 would wait a projected 195 years for permanent status, a number that is estimated to rise to 436 years in a decade, according to a March 2020 report by the Congressional Research Service.

The EAGLE Act could lower these numbers. The legislation aims to gradually get rid of the 7% country caps on employment-based visas and raise the family-sponsored visa caps to 15% per country. Democrat Zoe Lofgren and Republican John Curtis introduced the bill on June 2.

If Harris’ bill had passed earlier, it could’ve potentially stopped the impending deportation of physical therapist Dr. TJ Patel. He waits for his green card after spending a decade in the backlog. Patel must go back to the U.S. Embassy in India to renew his H-1B visa for skilled workers, but the building is closed due to the COVID-19 pandemic that is ravaging the country.

“They are handcuffing me and throwing me in the water and trying to test my swimming skills,” Patel said.

President Biden’s current travel ban for non-citizens coming from India would make it challenging for Patel to reenter the U.S. As the vaccinated population of the U.S. rises, India has surpassed 300,000 COVID-19 deaths, behind only the U.S. and Brazil.

“The whole world knows that India is the hardest hit country right at this minute because of the COVID,” Patel said. “Now I have to risk all of that.”

An Indian immigrant visited his family in India shortly before the spike in cases and has been stuck there for months, said immigration attorney Alen Takhsh who represents the man. Even when a few flights were available, they were too expensive, and now the father of children who were born in the U.S. worries about jeopardizing his pending change of status application, Takhsh said.

“Every day I bear witness to the ways in which the backlog affects the lives of people,” Takhsh said. “If we just took a minute to place ourselves in other people’s shoes, maybe then we will become a more compassionate country as it relates to immigration law.”

Takhsh noted that the rhetoric in D.C. from both sides of the aisle affects real people’s lives. Green card applicant Bhaskar A, who preferred to not have his last name used, understands Harris made a tactical choice on the campaign trail to take emphasis off her own S.386. Now as Vice President, she’s in a more strategic position to bring attention to the backlog and help get the EAGLE Act passed, he said.

“[Harris] could help the next generation of American lawmakers look at this issue,” Bhaskar A. said. “She needs to find a way to pass the baton on to the next relay runner who is equally passionate.”

Click on the photo below to go to the Jan. 2021 CNN story and the photo in it. 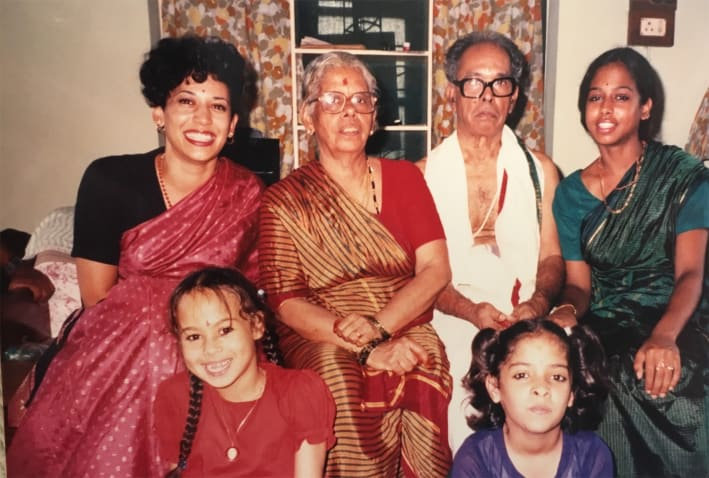 Kumar was initially excited about Harris’ elevation to Vice President but has since permanently lost hope, he said.

“I know moms who are separated from their kids, their kids are in the U.S., the mom went to take care of the family back home, and now they’re stuck,” Kumar said. “One wife traveled and the husband died in the U.S. [She] couldn’t even attend the funeral. There are so many horror stories.”

Kumar works with Greencard Equity on Youtube and Twitter to help the Indian community explain and communicate the discrimination against applicants from large countries. None of the websites or social media pages of immigration organizations discuss the green card backlog for large countries or the struggles of constantly reapplying for visa status, he said.

“We want America to know our story,” Kumar said. “Why Americans do not know about our issue is the pain point.”