Yes, Black people deserve reparations, but — who gets a piece of the pie?

The effects are still felt today within Black communities — alongside the generational trauma of slavery, Jim Crow and other acts of racial violence, new and old. Today, survivors and their descendants are calling for justice through reparations.

In a historic vote in April 2021, a House panel advanced a bill to study and develop reparations for Black people. For the first time since the bill’s introduction in 1989, H.R.40 is to move to a full House vote and if passed, then to the Senate. Even if H.R.40 becomes law, it could take years before research is concluded and restitution is paid. 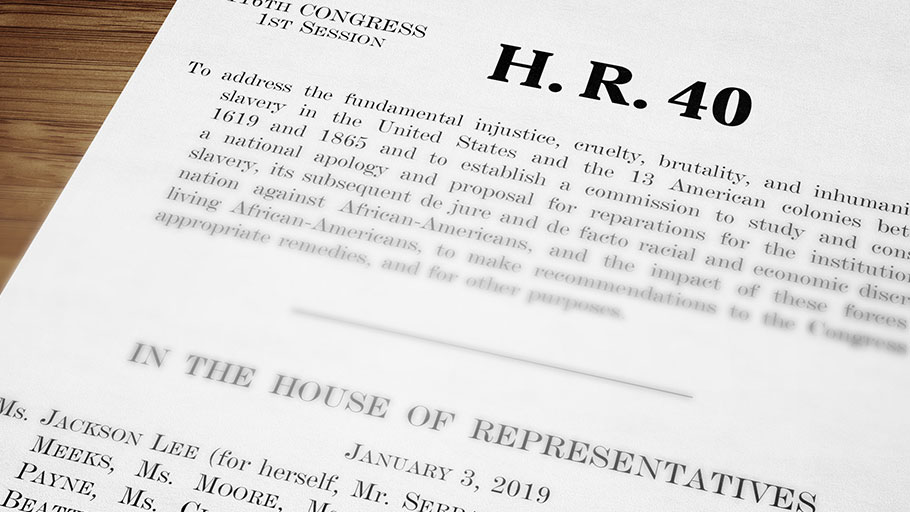 If Democratic lawmakers make headway on reparations, pressure is likely to mount on the Biden administration to adopt a clearer stance on the contentious remedy. Though President Biden campaigned in support of studying reparations for Black people, he has not explicitly expressed support for reparations itself.

Beneath the veneer of pending legislation, there is a nettlesome question at hand: Which Black people, in America, should receive reparations?

“Black Americans,” Hesbon Ochako, 22, offered. “African immigrants and their children should receive it, too.”

“I’m Black, but not American,” Ochako said. Born and raised in Kenya, Ochako moved to the U.S. three years ago and attends Northwestern University. Ochako wishes to remain in the U.S. after graduation.

Whether or not Ochako is considered legally as an immigrant, he self-identifies more as an “international student.”

“Most international students are removed from the issues that immigrants face,” Ochako explained, because of the security from their powerful institutions, like Northwestern. With the lack of shared experiences, “it doesn’t feel right to call myself an immigrant,” Ochako added.

This adds another layer — should Black international students, like Ochako, receive reparations? What if they do not plan to stay in the U.S. after graduation?

It is difficult to decide “who deserves and who does not deserve” reparations, Ochako said. “The more I think about it, the more complicated it is.”

“I don’t think I should receive reparations,” Ochako said, as he does not identify as Black American, or an African immigrant. He said his reasoning is that he has the option to go back to Kenya, where racial tensions are less heightened than in the U.S. Black Americans don’t.

H.R.40 does not explicitly say which Black people would qualify for reparations, though its summary states, “reparation proposals for African Americans” and “freed slaves and their descendants.” In decoding the bill, the term “African Americans” ultimately reads as complicated, ambiguous and unclear.

The Chicago suburb of Evanston, where Northwestern is located, became America’s first city to promise Black Americans reparations. The memo that triggered its consideration in the city council scrupulously avoided the term “reparations,” instead identifying the measure as the “Black Equality Policy.” When the city council approved a total of $400,000 for a first round of payments to a small group, the payments were to be distributed in the form of housing vouchers. Priority in the first round of 16 recipients would go to any Black resident of Evanston from 1919 to 1969, the year after the federal Fair Housing Act was enacted, then to their direct descendants, and then to anyone who moved to the Evanston and could show they’d encountered racial discrimination. The need to define “Black American” or Black Evanstonian would await another day.

When U.S. Rep. John Conyers (D-Mich.) introduced H.R.40 in 1989, the term “African American” was synonymous with Black people. There was less of a need than now to distinguish between Black and African American because most Black people in America were Black Americans. Today, Black communities in America are far more diverse.

Data from Pew Research Center shows that from 1990 to 2016, the Black immigrant communities in America tripled. The diversity of Blackness in America grew exponentially, as Black people emigrated from across the diaspora.

To many, the intention of reparations for Black people in America is to redress and remedy the lasting effects of slavery and structural racism in America. Thus, some believe reparations should be limited exclusively to descendants of American slaves. Others advocate for a metric of anyone with African lineage living in America. Even that is limiting and controversial in that it call for a definition of Blackness and what qualifies as such.

Ochako added that it is hard to define Blackness because “defining Blackness is also actively policing it.” One person’s Blackness can simultaneously erase a pillar of someone else’s Blackness, Ochako explained.

Black people, in America, is not just limited to Black Americans. They also encompass Black non-Americans, African immigrants and refugees, and more. According to 2016 American Community Survey data, about one in ten Blacks in the United States are non-American or foreign born.

It is difficult to distinguish between African Americans and Africans in America. Phenotype can’t immediately differentiate Black Americans from non-American Blacks, and Black people who are descendants of American slaves and those who aren’t.

Black immigrants face the same racism and “handicaps” as African Americans, Moore continued, “and they deserve compensation for that, but not the same amount.”

In her portrait series, “Black in Denver,” Narkita Gold highlights the diversity of Blackness in Colorado. Gold picked Colorado as it is not often regarding as a state rich with Blackness. 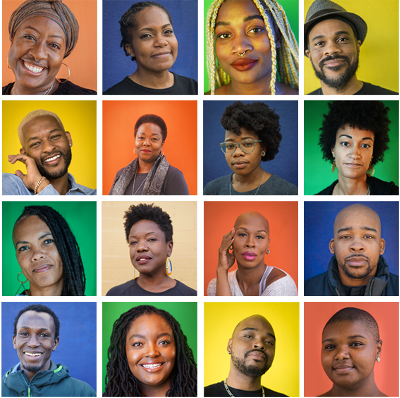 While in America, Kenyan Ochako said he has gotten “a taste of the Black American trauma,” referring to the systemic, overt racism that plagues American society.

“I think to myself — what about the people who have been born here and going through this for years, compared to my three?” Ochako asked painfully, further explaining why he believes he should not receive reparations. “It weighs heavy on my soul.”

Today, though “African American” and “Black people” are often used interchangeably, it has become debatable throughout the Black community whether this distinction is useful. Some argue yes, to attribute to individual culture and historical complexities throughout the diaspora. Others argue no, as race supersedes national origin in American society — i.e., people see your Blackness before your nationality in America. In turn, that subjects all Black people in America to the same racism as African Americans.

Even “identifying and proving” who is “African American” can be complicated, Moore said. “How the U.S. identifies Black people is different from how Black people identify themselves,” using biracial as an example.

Amarachi Ibe, 21, added that it’s important to acknowledge that most people have a “very limited” view of reparations.

In the case for reparations, America is not the only defendant, said Ibe, a Northwestern senior and former President of Northwestern’s African Student Association. “You deserve reparations from America, but also from the European nations that aided in the transatlantic slave trade.”

“European countries coordinated with each other and America to keep Black people down,” Ibe continued. Across the Black diaspora, everyone has different experiences, but they all come back to the “rupture and instability” caused by “European interference.”

H.R.40 doesn’t outline how reparations should be funded or by whom. The bill doesn’t mention foreign entities paying restitution, but perhaps urging European nations to also foot the bill may present a bipartisan wedge to the contentious legislation.

A recurring criticism of reparations is that it would be costly — and without a clear direction on who qualifies as Black, the remedy can be more expensive than people estimate. Foreign accountability could be a fiscally conservative approach.

But, Ibe emphasized, “reparations are bigger than money and writing a check. It is land, access, resources, and opportunities.” She expressed caution about the narrow focus on monetary reparations and its potential implications beyond America.

“As Black people, we must remember how the U.S. gets its money,” Ibe said. “And it is by destroying other people’s lives across the world.”